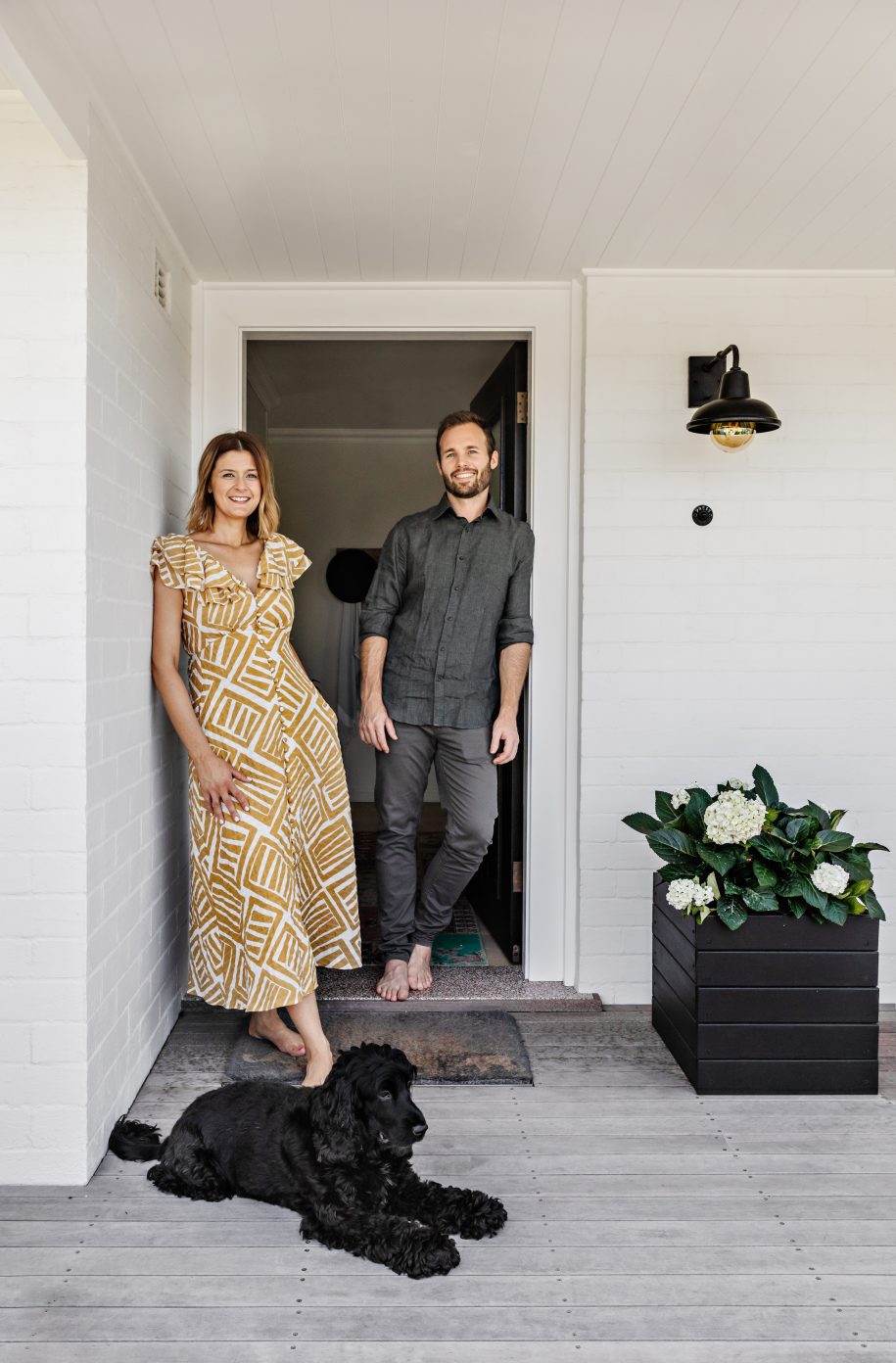 If you’ve ever spent any time on a building site, you’ll know that the word “sustainable” isn’t the first adjective that springs to mind. Building and refurbishing homes can involve a lot of waste, and seeing the impact of the industry first hand, one Sydney based couple decided to offer an alternative.

Interior designer Sarah Yarrow and her husband Tim work hand in hand (literally and figuratively) to offer holistically sustainable interior design and building services. We spoke with Sarah to learn the secrets to a sustainable build.

Sometimes people don’t know whether they can keep the house or elements of it, or whether they need to do a full rebuild. From our perspective, we always try to encourage people to keep the original structure, because even though that can be more challenging to design and build, it is the most sustainable option. We like to encourage people to keep the original architecture because that’s part of the streetscape. Building in a way that will pay homage to the local aesthetic is important, and from there you can insert updates.

People tend to build for two reasons: they want to add to their original house because they’ve outgrown the space, or they want to develop a property and sell it to make a profit. The latter group are generally not coming to people like us, we’re not really operating in that space because the whole mode of operation there involves using the most cost-effective methods to ultimately make profit for the builders. That’s fine, that’s one way of doing things, but it’s not what we believe in and it’s certainly not a sustainable option. Our whole ethos is around creating a home, and that should be something that’s built to last and passed down the generations.

So we’re in the former camp, which is usually when people are renovating and they’re saying “we’re expanding”. Perhaps the house they bought as a couple now doesn’t work because they have three kids, so it’s about finding out what their issues are around space, bedrooms, storage, and also taking into account the architecture of the home and what that looks like. Rather than trying to make it something that it’s not, working with what we’ve got and creating something beautiful that enhances that. If you’re got a beautiful Victorian house, you’re not going to make it something that’s Mid Century modern or industrial inside, that’s just not going to work. It has to be something that really pays homage to the original architecture, and if there’s going to be an add-on or extension, then you either blend that in or make it a feature in itself. That’s where having that first step of fleshing out all of these ideas together with myself as the designer, Tim as the builder, and then our architect and the client is really important. We sit down and ask: what are we trying to achieve here? What are our restrictions? What landscaping needs to be done? What are the social implications? And then from a build perspective we need to ask: how structurally sound is the existing dwelling? Can we achieve what we’re wanting to by using the existing house? It’s definitely harder doing a renovation than a new build: with a new build, everything has been built from scratch in neat and perfect lines, but when you’re dealing with a house that’s potentially 50/ 70/ 80 years old… nothing’s neat, but that’s the exciting, rewarding part for us.

I think a lot of people get excited and jump straight into the design part, but if you actually take a step back and zoom out a bit, and collectively get all of the heads together, you can narrow down the focus and decide on the best way to move forward.

A lot of the time the designer and the builder and the architect aren’t necessarily a team: they might not have worked together before, they don’t know each other, and at the end of the day they’re not working in the same business, so they’ve all got their own agendas, whereas for us it’s a lot more seamless and integrated, and that’s in everyone’s best interest.

After that initial appointment we would go away and work out the initial design, and work out how we can best maximise what the client needs. That’s when budget comes in, because we start to see what materials and features we want to factor in. It’s just a matter of starting to get the space together, and then we start to colour it in on the inside in terms of choosing the finishes and fixtures, all of those fun things. The client is involved throughout this process. All of that stuff is agreed upon before there’s any demolition, and then the build starts.

The first step in the build is to remove anything from the home that we can salvage, so whether that’s kitchen cabinets: can we give those to the Salvation Army or a local mend shed? Otherwise these pieces of furniture would just end up in the skip bin and ultimately in landfill, so whatever we can do to minimise that, we will. The same goes for any old metal work that we remove: we’ll take it to a metal recycler, and we’ll take old appliances to an appliance recycling place. We’re giving something a second lease of life, and it feels great to know that things are being reused.

And then once we’ve got a clean slate, and we see what we have to work with in the flesh (and often it’s very different from how the client thought it might look) it’s a matter of going back to our drawings and concepts, and making sure that what we’ve got on paper is going to translate into the real world.

Then we hand it over, and the client can enjoy their sustainably crafted home.

To learn more about how Sarah and Tim can help you towards sustainably building your dream home, visit their website at yarrowbuild.com.au , and you can follow them on Instagram @yarrowbuild