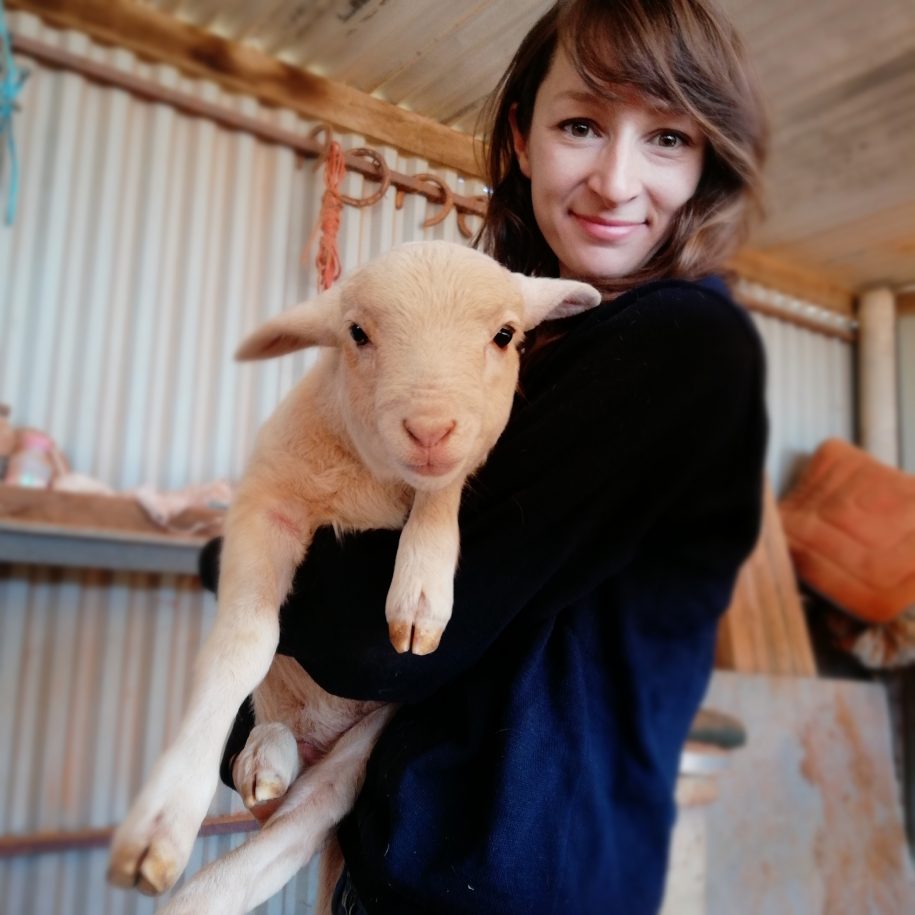 For many of us, living in cities limits the connection we have to the land, and it’s only when fires rampage through our country and fill our skies with smoke that we can really acknowledge how closely we’re intertwined. Spending her childhood on a farm in Broken Hill, scientist, farmer and story teller Anika Molesworth forged this connection early on in her life, and is passionate about working towards healing the land and building a future for our beautiful country: one in which humans can harness our knowledge and technology for good. Our Sunburnt Country is a hopeful exploration of the history and possible future of food production in Australia,  which, ultimately, will necessitate our survival. Anika and her team have been kind enough to share an extract of the book with the TCS community:

For most of human history, to speak of time was  actually to assess the condition of the natural world – which flowers were in bloom, where the migrating animals     were feeding, how low the sun sat on the horizon. Our ancestors’ time was structured by nature’s rhythms and cycles originating from Earth’s tilt and rotation. To this day, the sun is buried deep in our human biology, as we rise and sleep with circadian rhythms – betraying our identity as animals deeply embedded in a planet turning on its axis. And how foolish we would be to think this untrue – to cut our own cord from Mother Nature and to forcefully disconnect others who remained cognisant of our dependence. But the growing global population over the past few centuries and white colonisation of other areas disrupted and displaced Indigenous people who lived within the natural world.

Europeans arrived in the district west of the Barka/ Darling River in the mid 1800s, assuming control of vast expanses of land and destroying much of the fabric of the tribal systems over the ensuing years. Many traditional camping and hunting grounds were taken over, and Indigenous groups on sheep farms soon became dependent on issues of flour, meat, tea and sugar, usually in exchange for labour. By the early 1900s, either voluntarily or by government action, most of the Barka/Darling Aboriginal people had been relocated to or near the small river townships. Many of the tribal identities were lost with time, together with thousands of years of customs and beliefs from undisturbed existence.

There was both a casual, uncaring and unpremeditated destruction of Indigenous lifestyles and cultures, and brutality and harsh treatment towards these people who looked, spoke and lived differently from the colonisers. Thereafter occurred the gradual loss and suppression of people who had a profound respect for the natural world, from which they did not see themselves as separate. This coincided with an influx of new arrivals who had an eagerness to conquer new lands and often held both a domineering and exploitative mentality.

In the vast Australian outback, the separation of self from the environment is a treacherous mistake. An unforgiving sun can make quick work of those inexperienced in locating water and food. Captain Charles Sturt and his party were the first Europeans to penetrate the far west region of New South Wales. His team located and mapped the Stanley’s Barrier Ranges – which were subsequently shortened to the Barrier Ranges – thanks to Aboriginal guides who could read the landscape and navigate between sources of sustenance. By the time the expensively outfitted Burke and Wills expedition was organised in 1860, river traders had established the small settlement of Menindee on the Barka/Darling River. Paddle-steamer boats brought in dried and salted provisions from hundreds of kilometres away to feed the European colonisers. Right alongside them, skilled Aboriginal people used canoes and elaborate stone traps to catch fresh fish and picked succulent berries from the surrounding bushes.

The Burke and Wills expedition was plagued by discord and is one of the numerous tragic tales of Australian colonial exploration, where the new arrivals did not understand the environment in which they were trekking and refused the knowledge of the Aboriginal people. Their deaths by vitamin deficiency and starvation in a landscape that was sufficiently feeding Indigenous communities were due to a combination of ignorance about and arrogance towards their surrounds.

The failure to learn from Indigenous people and traditional cultures has been detrimental to the invading society throughout history. The depth of understanding of the past has often reflected adaptability to difficult circumstances. Attenuated connection between people and place has not only served humans poorly but severely weakened environments. A loss of interest in and relationship with the natural world has dimmed our ability to see its glory as well as its demise. For many Indigenous peoples, the environment is sacred, a part of them, the spirit of their ancestors. Their connection goes far, far beyond the concept of property, which is mostly how we talk of it now. Today, many people do not feel a spiritual relationship to the place they call home – an attachment to their location like it is an extension of themselves. The sense of belonging to a place is a trademark of Indigenous people, developed over thousands of years of cultural heritage born from the surrounding environment, where recollections of ancestors and stories of the future entangle with the landscape.

‘The river is our memory, we walk along it and remember our history and our ancestors by looking at the marks and places,’ local Barkandji Elder William ‘Badger’ Bates tells me. He talks with deep fondness about his homeland, which is located down the road from my family’s farm. Badger is a well-respected Indigenous artist who creates many types of artwork depicting the beauty of the natural world, including ornate herons carved from timber. One of these herons stands at the entrance to my family’s house. There is such fineness in its detail that I stroke the carving as though it is a real bird about to take flight. ‘The young kids in Wilcannia use the town weir as a fish trap,’ Badger explains. ‘When the water is at the right level they shape the rocks into pools to trap the fish; this way of catching fish has been handed down through the generations. The Barka River gives us healthy food and medicine, it gives us wood to make our artefacts, reeds to weave, it is where we go as families to swim, boat, camp, picnic, and prepare and cook our traditional food.’

I sit on the river’s edge watching the slow-moving water and thinking of the fish, ducks and turtles that Badger grew up catching and cooking. He is an Elder of his community now and uses his artistic creativity to share the story of his home – a place full of extraordinary detail and wonder. Like him, I am enveloped in a feeling of belonging. I see the shapes and folds of the land that we both call home; the toughened exterior, the soft and fragile places, the well- hidden secrets. It has become undeniable to me that the land breathes and evolves as the sun rises and falls and as the seasons change. I contemplate Badger’s words, the people who came before me, and as I listen to the river’s music, I am overcome by the gentle melody of this place.

This land is more than a name on a map; it is a teacher, a counsellor, a member of our family. And in this place, significant moments in my life are happening all around me. Everywhere I turn, I see the memories my family and I are making – from birthday picnics held under the towering eucalyptus trees, to scattering my grandfather’s ashes among the quiet granite boulders. I see more than a place. I see the story that is connected. I see my own story being revealed. Many hands have cared for this land before me, and now I realise it is my turn. My time to learn from this place and do all I can to look after this sunburnt country.