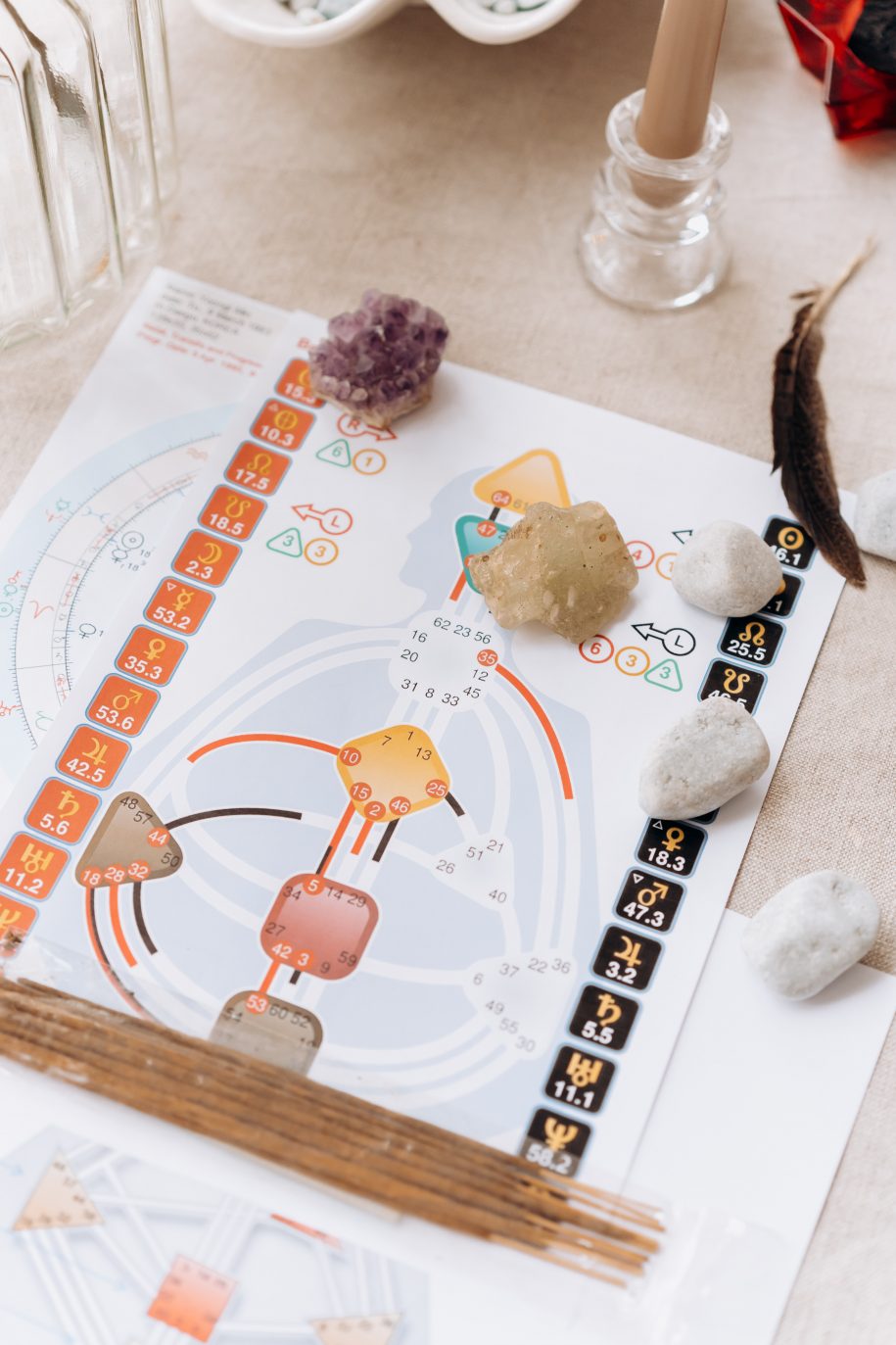 You’ll likely have heard the chakras referred to in Yoga classes or conversations concerning meditation or spirituality, but if you’re a little uncertain of what the term actually means, we’re here to help. The word “chakra” is the Sanskrit word for “wheel”, more specifically “spinning wheel”. The chakra system refers to the interconnected energy centres within the body: the “spinning wheels” of energy that allow the flow of spiritual, physical and intellectual energy.

While there are thought to be 114 chakras within the body, the seven main chakras are the most commonly referred to, and understanding how imbalances in these chakras manifest can supposedly improve our physical, emotional and spiritual wellbeing.

While the theory of the chakras is understood to have originated in ancient India (through the ancient sacred text The Vedas), research has found reference to the seven energy centres within the body to appear across cultures: from ancient Mayan texts to Buddhist scripture.

To take a deep-dive into the science of the chakra system, we’d recommend reading Chakra Healing by Margarita Alcantara, but if you’re pressed for time, we’ve included a brief breakdown of the seven chakras, and how they might impact your life.

The root chakra (also known as the Muladhara) sits at the base of our spine, and is responsible for our energetic foundation: the point from which our physical, emotional and spiritual wellbeing can flourish. When the root chakra is well balanced, we’re likely to feel a sense of stability in our lives, and conversely, when our root chakra is blocked, we might feel unsafe, threatened and ungrounded.

The root chakra is linked to what we view as our foundations in life, so imbalances could occur when family structures seem unstable or we’ve found ourselves in an unstable living situation. Sometimes, we might be consciously unaware of instability, but the imbalance or blockage in the root chakra might manifest physically through lower back pain, or emotionally through careless, irresponsible behaviour.

The sacral chakra sits in the lower abdomen, and is thought to be the energetic centre through which we create. For women, this creative centre is thought to be specifically powerful, since the womb is the point from which we create life itself. The sacral chakra is also thought to govern your emotional state, specifically your capacity to experience joy. As well as creative blockages and hormonal imbalances, an underactive sacral chakra might result in low libido, since the essence of joy for living is lacking.  Alternatively, an overactive sacral chakra might result in an overly hedonistic mindset: one that is governed by a pursuit of joy above all else.

The solar plexus is found around the belly button, and is thought to govern your personal power and self-determinism. The energetic impact of this chakra in particular can be felt physically even by people who have little regard for alternative theories: the experience of feeling your stomach drop when you’re feeling nervous, shameful or underconfident is universal. An underactive solar plexus can manifest in digestive issues, as well as in the way we interact in the world: with a lack of confidence or personal boundaries. Unsurprisingly, an overactive solar plexus can result in overconfidence and egotism.

The third eye chakra is situated in between the brows, and is understood to be the energetic point through which we can visualise entities and energies that aren’t visible on the physical plane – our connection to our own immaterial intuition. Also known as “the eye to the soul”, the third eye chakra is the area we are encouraged to draw our attention to when meditating, and a balanced third eye chakra could allow us to receive clairvoyant visions or insights. When our third eye chakra is blocked, we might struggle to connect to our intuition or inner knowing, and when it is overactive, we might find ourselves searching obsessively for intuitive signs.