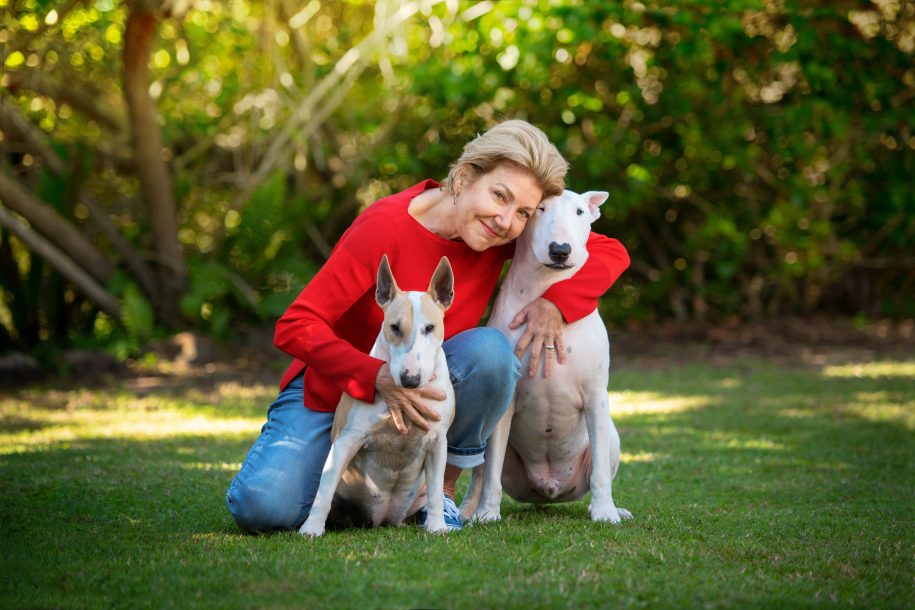 It was a desire to bring an end to factory farming that inspired Diana Scott to put her corporate career on hold, and dedicate her professional life to stopping this environmentally destructive industry in its tracks. After learning about the environmental impact of factory farming, on top of the issue of animal welfare, Diana resolved to only buy free range and organic products for herself and her family. When she learnt that she couldn’t feed her pets according to the same ethical standards, she decided to take the matter into her own hands, and after three years of research and development, Frontier Pets was born.

Now, Diana’s brand makes raw, organic pet food that provides dogs with the nutrition they need, without supporting the factory farming industry. We spoke with Diana about the inherent problems with factory farming, and how by choosing to feed our dogs with Frontier Pets, we’re helping to preserve the planet.

What is factory farming, and why does it exist?

Factory farming is the industrialisation of animals: rather than roaming the grasslands as they’ve evolved to, animals have been commodified by humans and confined into smaller and smaller spaces. The assumption prevails that this approach is required in order for us to feed our growing population, but the fact is, the industrial farming of animals is completely unnecessary: it’s not something we need to do to feed the planet.

I’m the kind of person who needs to understand everything, so I decided to do the research into factory farming, and whether there was another way. When I first made the decision to feed myself and my family only free range food, I was told by everybody that the only way you can feed the planet is through intensive farming. At first glance, that theory makes sense: there are more humans, therefore we need more produce, therefore we need more animals to feed us. They can’t just be scattered all over the world, they need to be contained in some way. It made sense on one level to me, but I was so motivated by the sheer animal cruelty you see in factory farming to look into other ways. I started to do the research and I realised that it actually costs more to raise animals in intensive scenarios than it does in free range systems. Regenerative farming is the way forward, but the factory farming industry has become a juggernaut that’s hard to stop.

There are predominantly four types of animal that are subjected to factory farming more than others: chickens, cows (for dairy and beef), pigs and fish. Pigs are more intelligent than dogs, but you would never put 100,000 dogs into the space the size of a house, you wouldn’t get away with it, and yet we’re doing that with pigs and lambs and fish and chickens. I started to contribute to advocacy groups to support the end of factory farming, and as a result of that I did a lot of research into the challenges and problems of factory farming, and I discovered that the impact went beyond animal welfare. The images you see of chickens crushed together, and pigs feeding their piglets through the bars of cages: it’s horrible, and you get a sense of animal welfare, but what I realised after doing a lot of research is that factory farmed animals actually create an environmental hazard too.

Explain more about the environmental impact of factory farming

We are cramming more and more animals into smaller and smaller spaces, and that means we have to feed those animals, because they’re not able to forage for themselves. For instance, pigs naturally dig up land with their snouts and that’s how they find food, so true regenerative farming allows pigs to dig up the land, and then the farmer growing the crops in the land that’s been dug up, and those crops in turn feed the other animals. It’s a wonderful cycle, a wonderful, natural progression. What happens with industrialisation is all of the animals are put into cramped conditions – either sheds or outdoor feedlots – and then have to be fed industrially produced, monoculture crops. These kinds of crops don’t grow naturally, if the land were left to develop naturally there wouldn’t be fields of grain, so the process necessary to farm these crops involves clearing fields, destroying natural habitats and environments for large scale, monoculture harvests that don’t nourish the land or the animals that inhabit it. The rate at which this takes place is unbelievable: hundreds of thousands of hectares of land are being destroyed. Natural forestry land is being bulldozed, cleared to grow grain and soy and wheat to feed the factory farmed animals.The term for the land used to feed these animals is called ghost acres. You might have 150,000 chickens in an acre of property, but you have ten hectares of property that’s been cleared to grow the grain to feed the animals in that space. It’s an environmental disaster.

Then of course you’ve got the waste that these animals produce in a very small space, that goes through into our water systems, into our streams. When you see an aerial view of an industrial farm you can see green water around an industrial farm, it actually destroys the land. Fish farming is particularly harmful for water pollution, farmed fish are crushed together and layered, and all of their poo goes to the bottom of the sea floor and completely decimates the sea. It’s a huge environmental problem, not just an animal welfare problem.

Can you explain how factory farming poses another risk to human health?

As well as the pollution factory farming causes, there’s also the issue of antibiotics. Factory farmers have to inject their animals with antibiotics because they’re crammed together. Even if an animal isn’t sick, they’ll be injected with antibiotics, because farmers are concerned that diseases will spread. 75% of antibiotics used on the planet are used for industrialised animals, and then we as humans (and our pets) ingest those antibiotics, which ultimately contributes to the spreading of superbugs.

As humans, we can make the decision to only eat organic, free range animals, but our pets don’t get the luxury of that choice. Our companion animals are the second largest consumer of industrialised animals besides us. The meat that makes up most pet food comes as a byproduct from industrial farmed animals, so for example when cattle is slaughtered, the head and the hooves, the parts that we humans wouldn’t eat, are sold to pet food manufacturers who render the animal down by heating it up to 500 degrees celcius. Kibble, the little pellets of dried pet food, is made up of rendered animal body parts. Rendering involves heating the body parts up until it forms a powder. All of the offcuts from industrialised animals go to rendering plants for our pets, and often there are ear tags left in, bits of plastic and things that we would be horrified to find out about. But because they’re heated to such high temperatures, everything becomes indistinguishable: plastic mixes with meat and bone, and our pets are eating all of it. Kibble has absolutely no vitamin or mineral content left, it doesn’t matter how good the meat was to start with.

Then, to make the pet food remotely nutritious, you’ve got to add vitamins and minerals from a different powder, and often that powder comes from overseas, and the transportation of that incurs an additional cost to the environment.

The powdered animal offcuts and mineral powder is then mixed with potato starch to form a grey sludge which is extruded through a pellet making machine.  It’s then sprayed with brown food colouring and a palatability spray, to make it acceptable to look at (for the pet parents) and acceptable to eat (for the pets)..

Tell us about how Frontier Pets pet food is different

As a conscious consumer, I realised that I was going to a lot of effort to buy the right produce for myself and my family, and support ethical, sustainable farming, but my dogs were eating a product that was supporting an industry I wanted to avoid.

I decided that I wanted to make food for my pets that was as ethical and sustainable as the food that I eat.  I figured it would make a massive difference because of the sheer quantity of industrialised farm animal product that is being put into the pet food.  The pet food industry is worth hundreds of billions of dollars – it is a huge industry. If you consider all of the industrialised meat going into pet food, the pet food manufacturing industry is actually propping up factory farming because the manufacturers are buying this disgusting product.

I knew that the best food for my pets was raw.  But I also knew that I had to find a way to take the really good raw produce and deliver it in a way that the consumer can easily use without having to handle raw food. I was on a mission to find a solution.

I first engaged an experienced vet and an animal nutritionist who told me what produce to put in the food and in what proportions.  This includes meat, offal, fruit & veg and eggs.  I then visited dozens of free-range and organic supplies and farmers, and asked each of them if they would sell produce to me, and they did.  They were actually delighted to do so.

Then I had to find a way to take those raw ingredients and convert them into something that would have a long shelf life, wouldn’t take up freezer space and would be easy for consumers to use and serve.

I discovered freeze drying – a process which removes the water out of the wet food to create a dry food with all of the nutritional content intact.

We gather all of our raw ingredients, mix them up, form pellets, freeze them and then put them into a dryer – a $1million piece of equipment – which extracts all of the water. We end up with a nutritionally dense dry product that has a twenty year shelf life. The consumer can just store it in the cupboard and when they’re ready to feed their pet they add the water back in to the dry food and it reconstitutes it to its original dry form, so they’re feeding their pets a warm, raw meal every single time without having to prepare anything and without taking up all of their freezer space.

Factory farming is a problem: it creates an environmental and economic crisis, it’s not supporting real farmers and in fact, real farmers are suffering as a result.  Our companion animals, unbeknownst to them (and us), are helping to make the problem worse because we as humans are feeding them environmentally destructive, nutritionally defunct food.

To support Diana in her mission to put a stop to factory farming, and help your dog save the planet, visit frontierpets.com.au